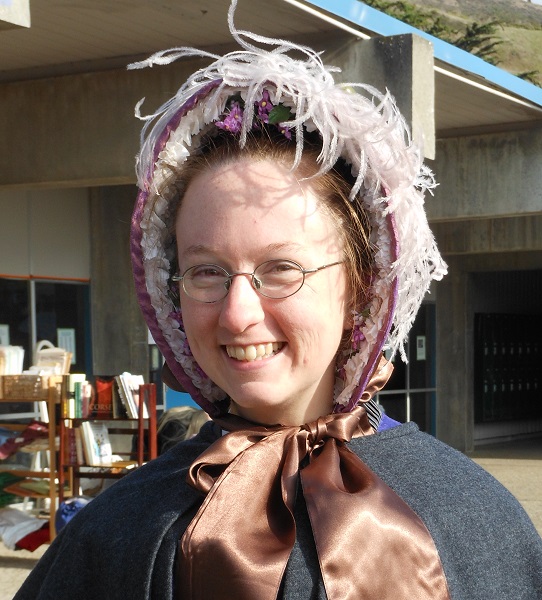 Pattern: McCalls M5129 has several versions to make up coal scuttle bonnets. View A and B use the same base with different trims. Two main pattern pieces make up the buckram base.

Faux drawn bonnets were made by sewing in gather lines and gathering fabric over the buckram forms. This was used on some of the first made bonnets because it was easier to do than to get a smooth fabric cover. 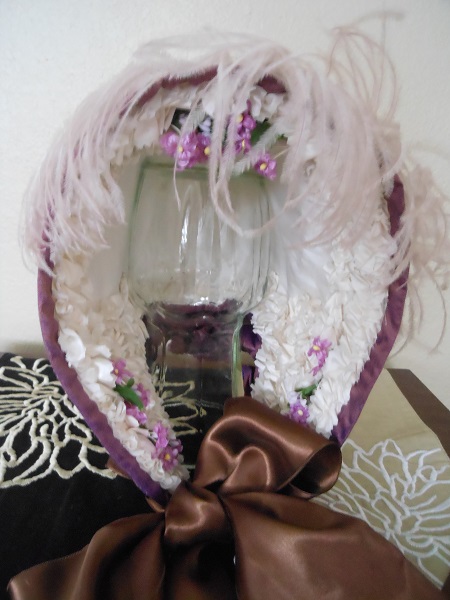 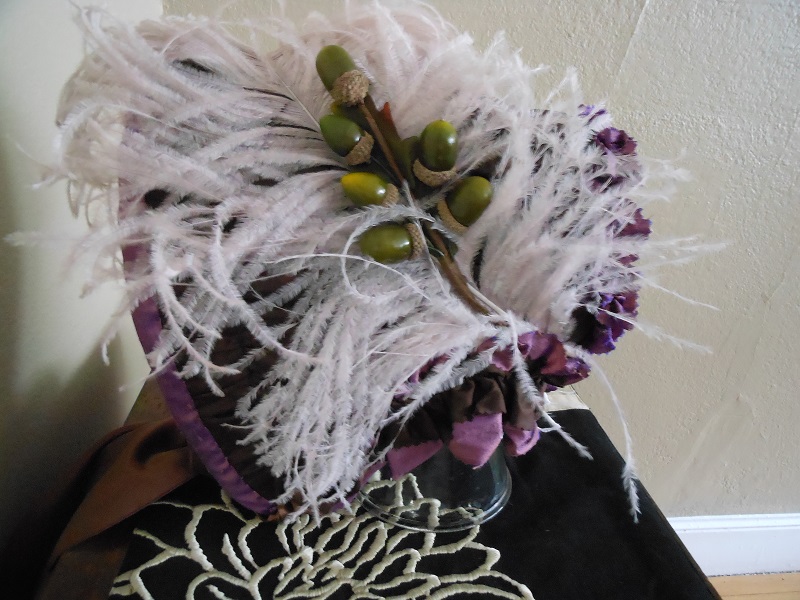 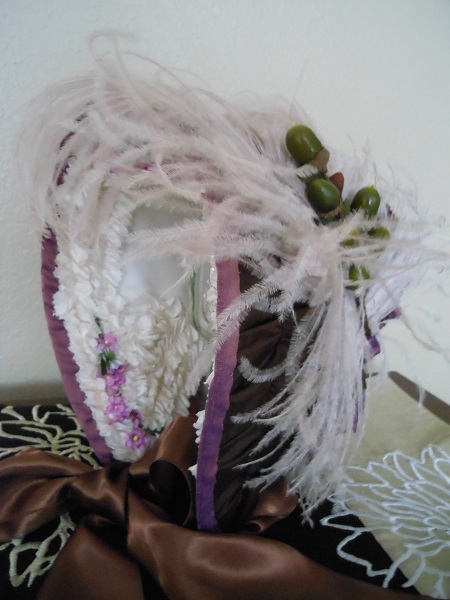 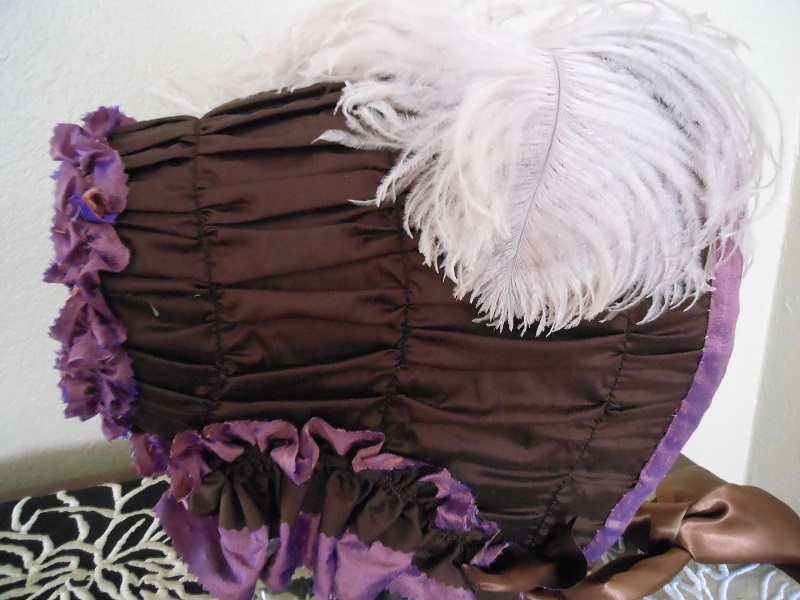 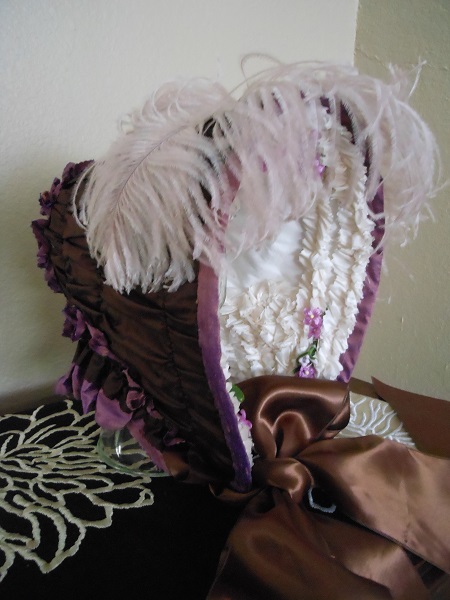 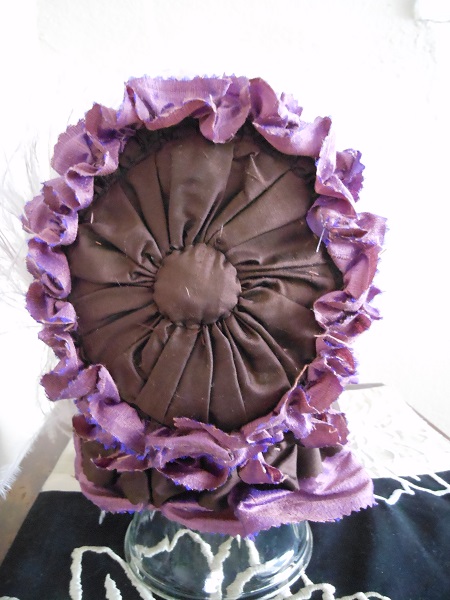 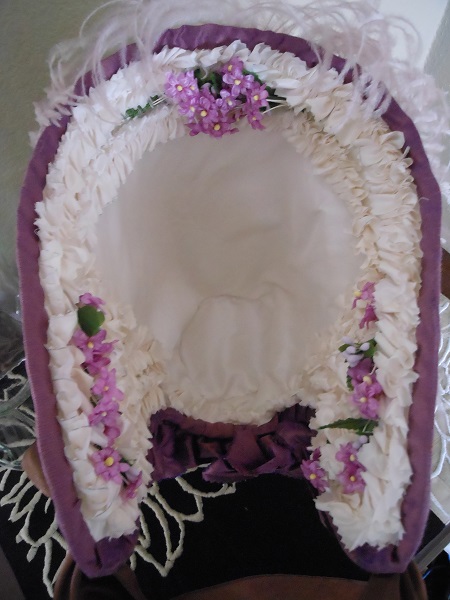 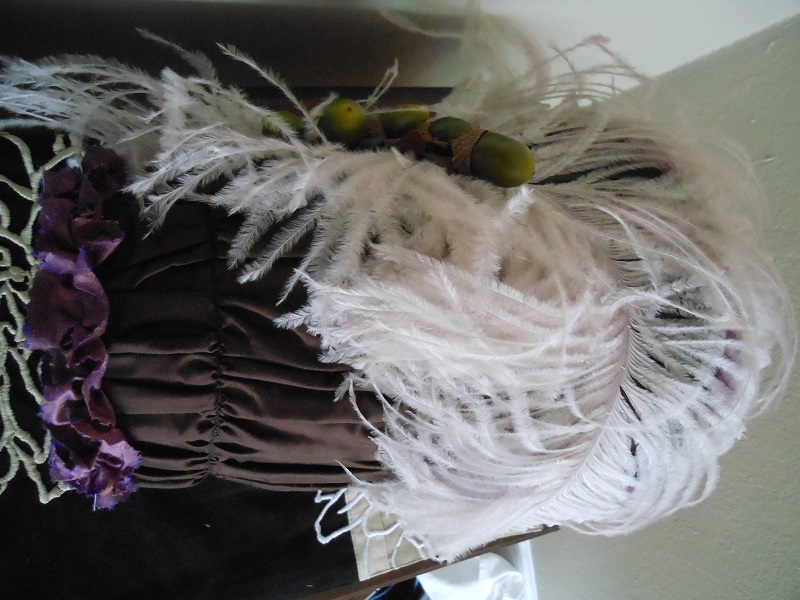 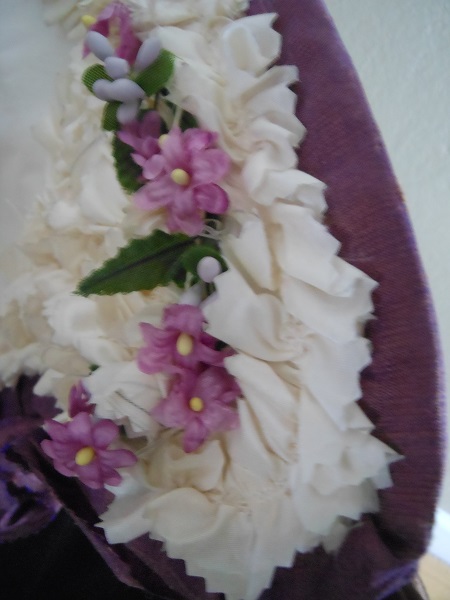 I barely remember making this bonnet and do not remember to whom it was sold.
Navy blue and green silk dupioni gathered to mimic a drawn bonnet with synethetic ribbon bow. [December 2008] 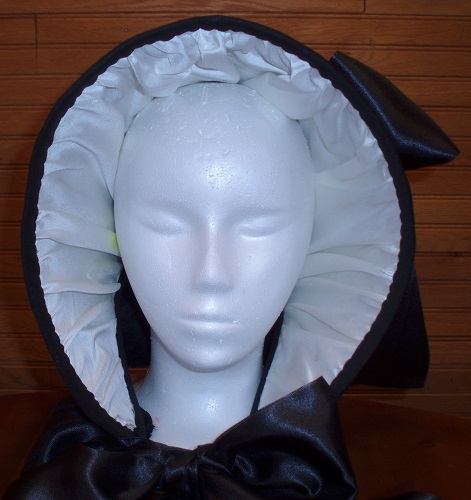 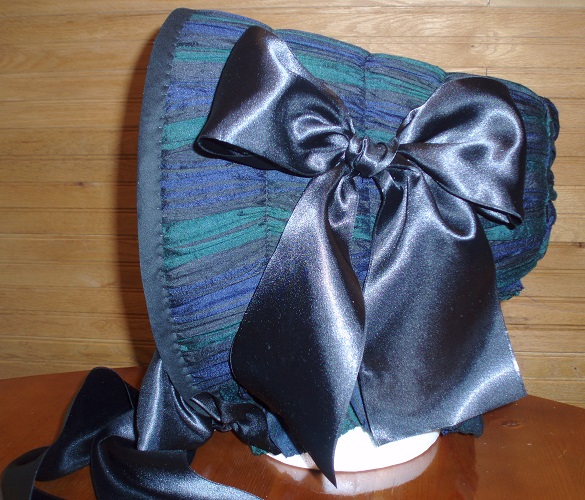 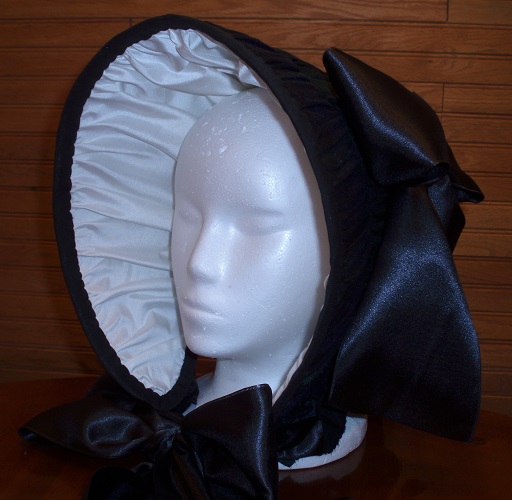 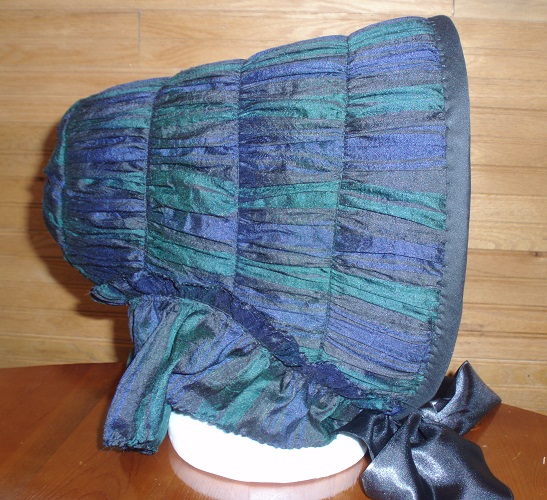 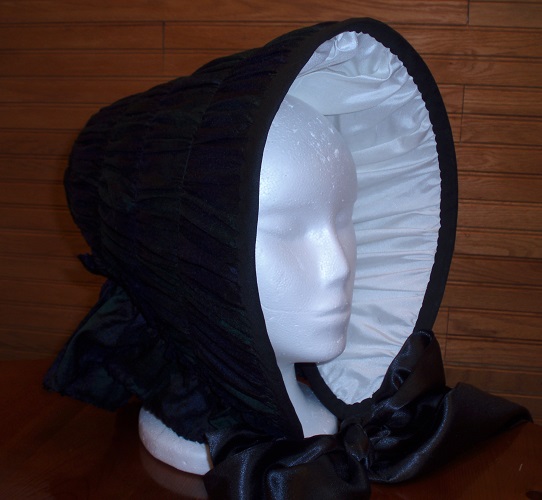 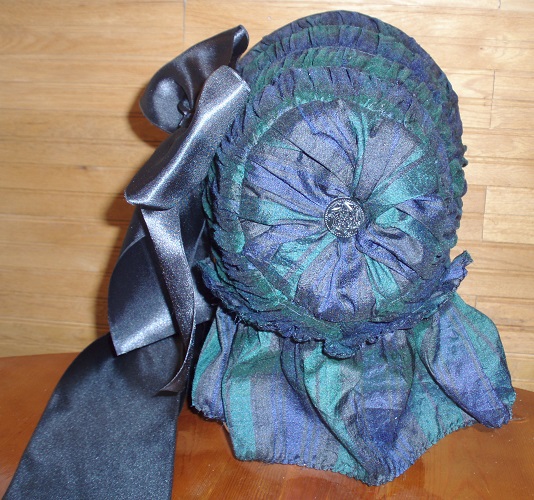 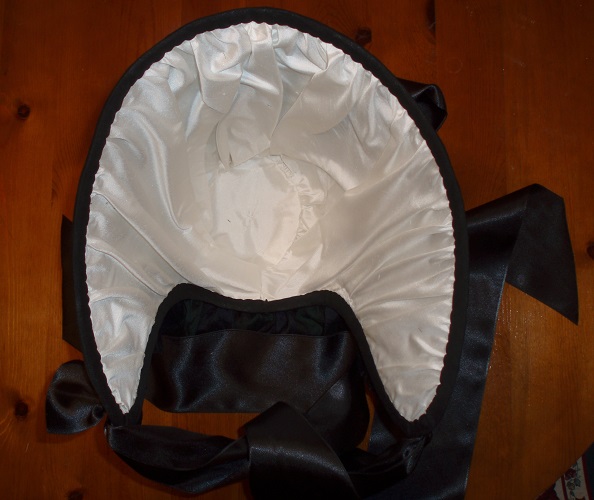 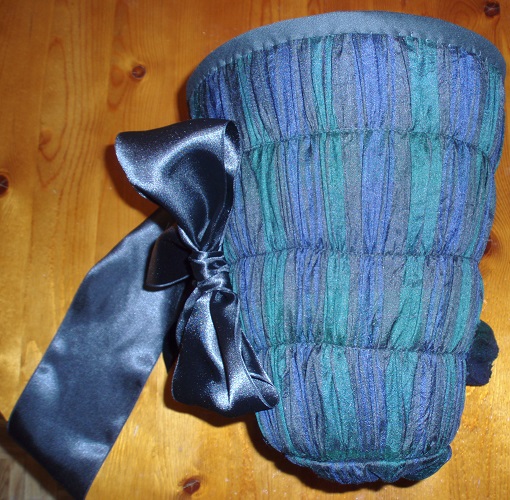 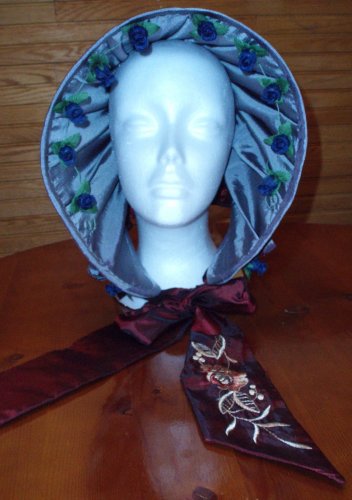 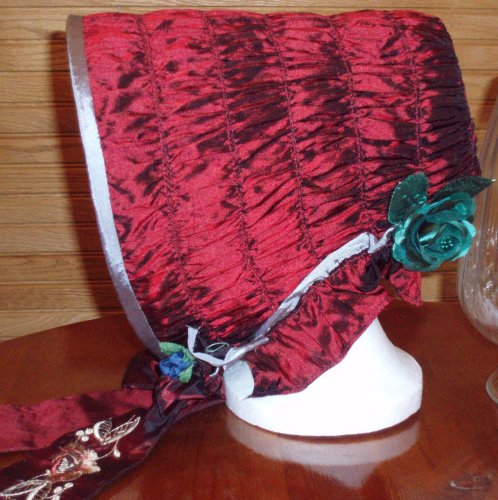 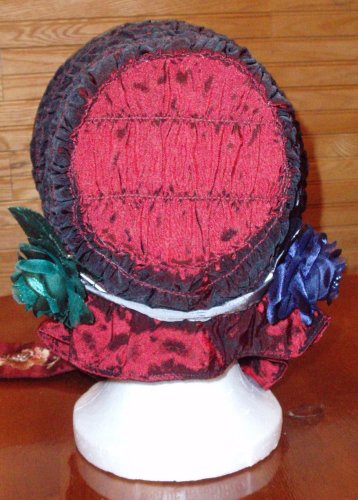