After misadventures with the light beige plaid very lightweight wool blend reproduction 1840s fan-front Victorian day dress, I tried, again, with a cotton navy print that used hook and eyes up the back. I made most of the dress in a rush on a Saturday to wear to Dickens Fair on Sunday in November 2016. Most of it was finished, but I did substitute potholders for the missing bust pads.

We had a small mini theme of fanfront dresses and blue bonnets except that I hadn't finished my blue bonnet. Since Elizabeth had stayed up late doing her dress, we did a small bit/gig that she was very ill so in many of the photos she looks very ghastly. 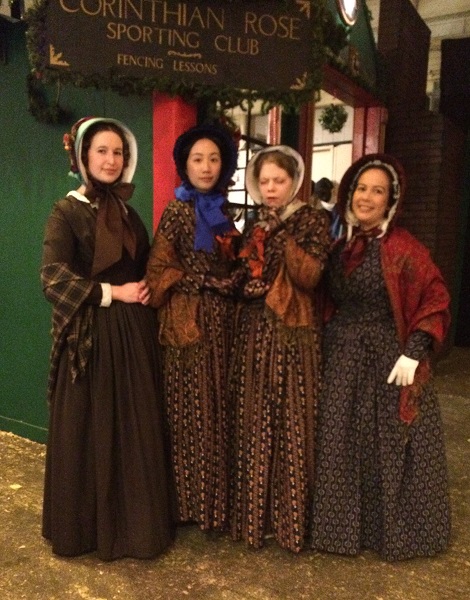 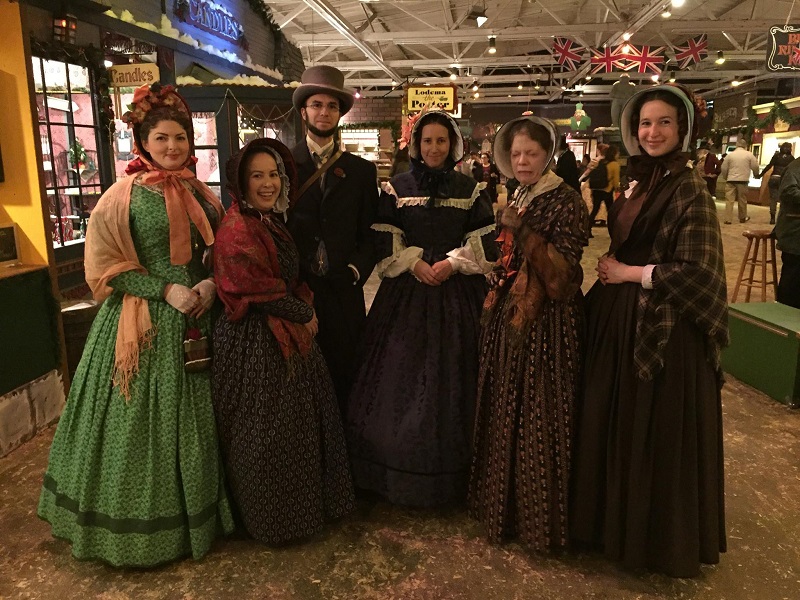 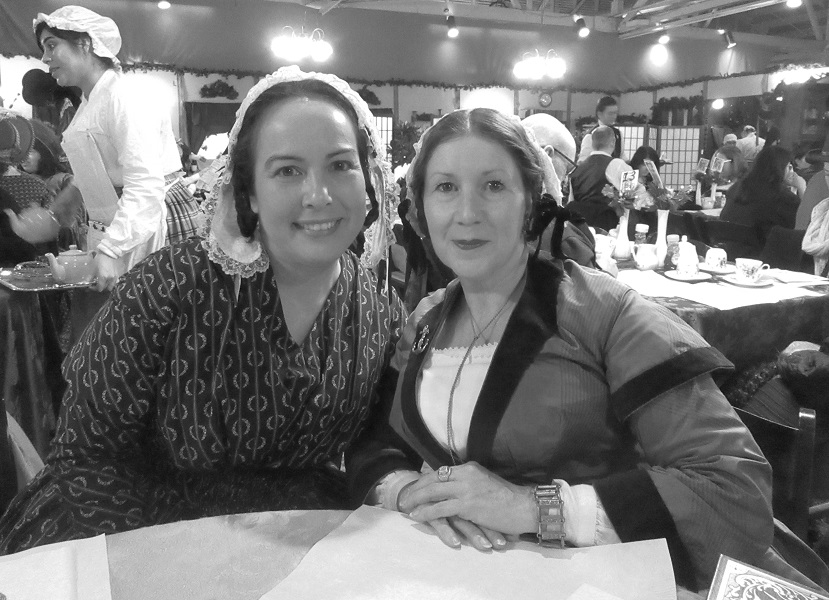 Pattern: Laughing Moon #114 View B with adjustments to move arms/sleeves slightly forward. The bodice sizing may have been a size larger than I should have selected, but gave me more range of motion on the shoulders/arms. Historically accurate has arms/shoulders roll in a back and down position so that they hang slightly behind torso midline. Modern shoulders tend to roll forward which pull on the dress without the alterations. 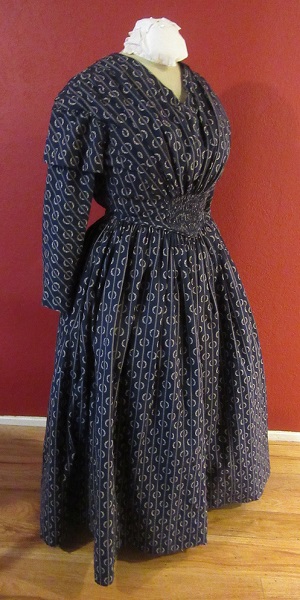 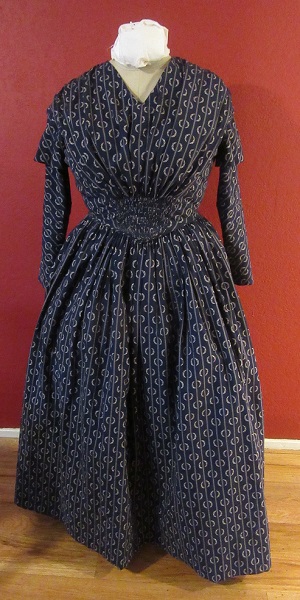 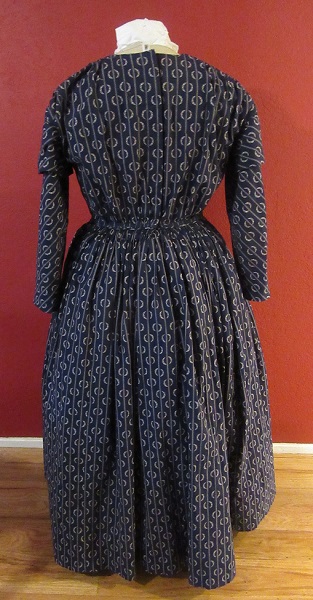 Inside look with the lining and pleating 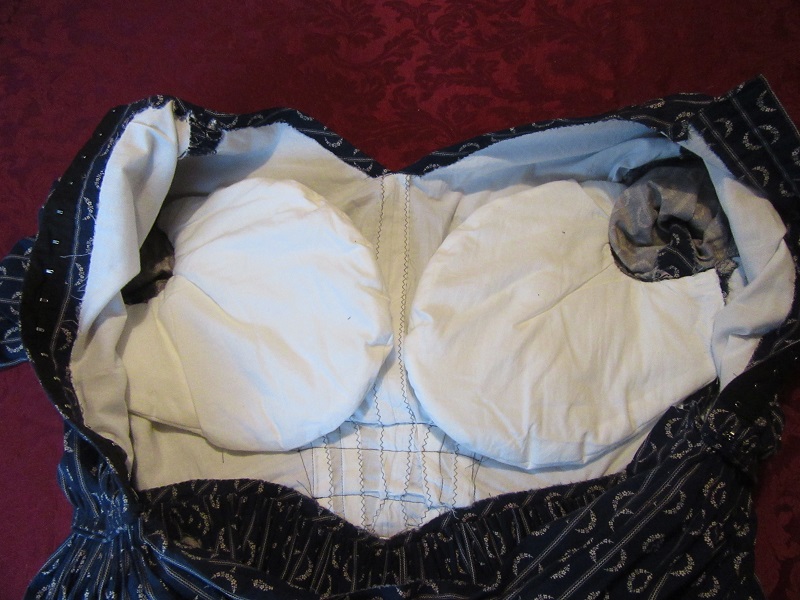 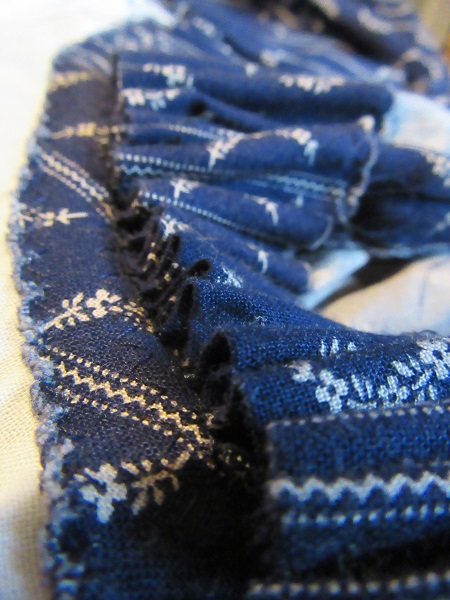 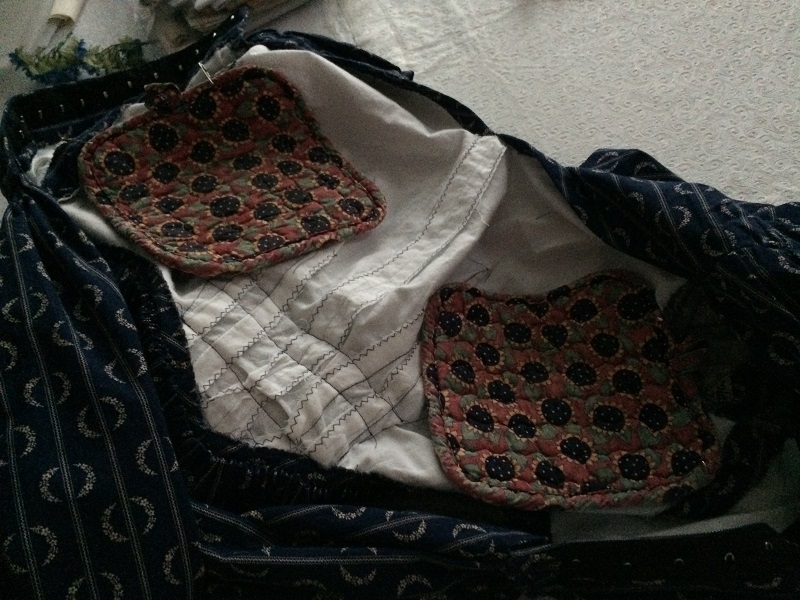 Dress in progress. Many parts started; sew as many pieces as one can before ironing. 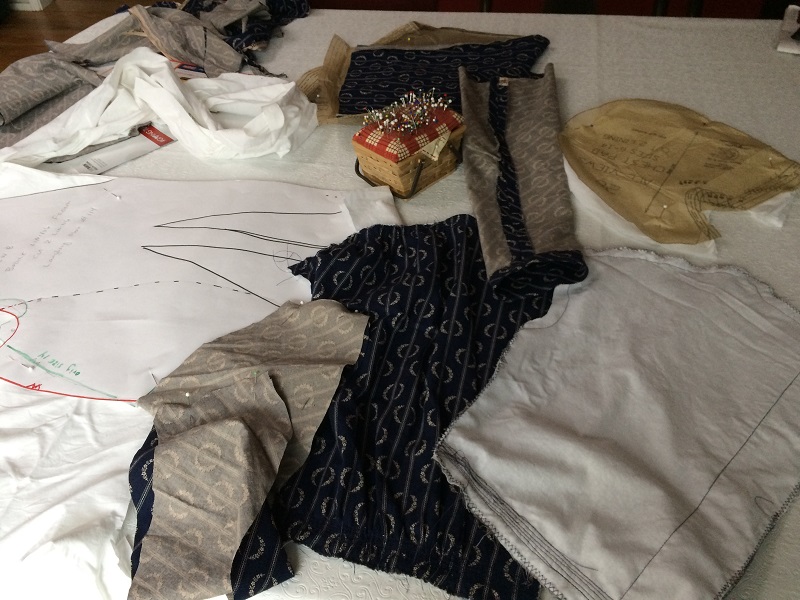 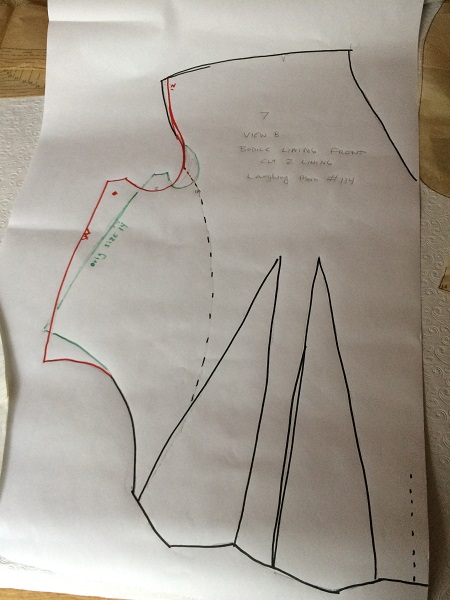 Completed: Mostly in one day in November 2016 with bustpads added later.