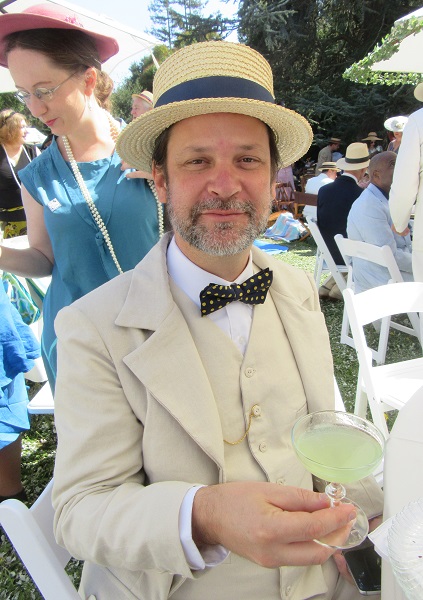 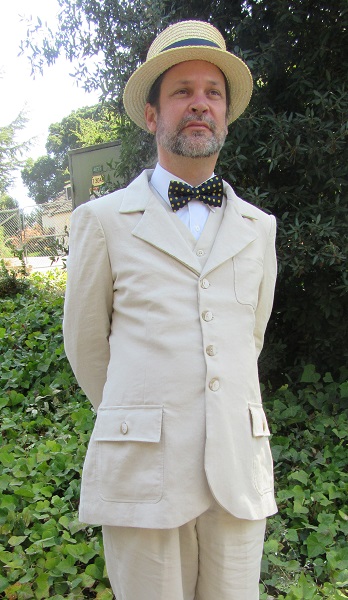 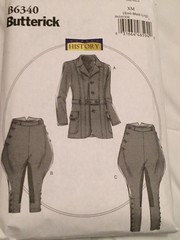 I promised the mister a three piece linen suit for the next Gatsby Summer Afternoon which is now two weeks away. There is a dearth of men's good costuming patterns or, at least, I don't know of any 1920/1930s men's suit patterns with belt back jackets. So, I tried to take the latest Butterick B6340 1910s Norfolk jacket pattern and morph it into a 1920ish jacket.

I did the usual adjustments to make smaller chest and larger hips and to move the armholes up and slightly forward to accommodate modern sloped/rolled forward shoulders.

My first try at making a belt back and the belt was too low. Also the strange lines near the underarms. I recut the armhole slightly deeper towards the back and moved the shoulders in slightly. Maybe, it would have been better to leave the shoulders and just make the gathers more in the center. 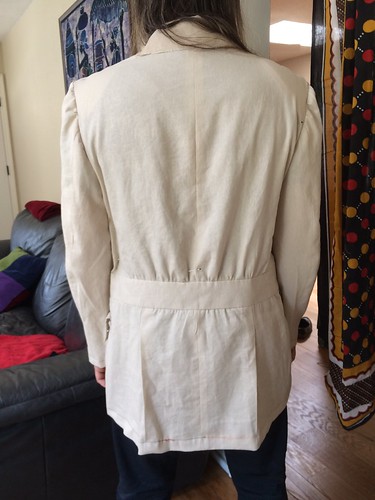 So, I shortened the top back 2" and recut and remade the bottom back. Belt is now better. Could have been moved up 1/2" more, but not redoing it now. Here it is without the lining: 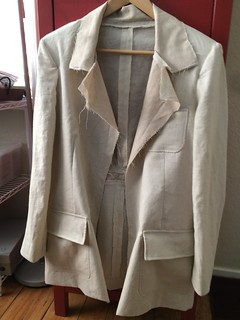 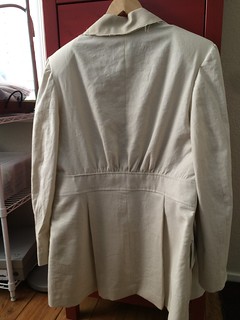 I had this lightweight woven sew in interfacing in the stash. Not sure what it is and do not know where I can buy more. It was so close to the color of the linen that I accidentally sewed the facing with the interfacing out. So, had to rip out those pieces and redo them. See how the collar interfacing is almost same color as linen. 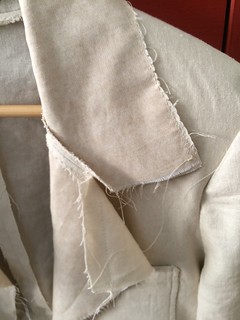 Also, may have cut the top a little too small. I took the shoulders in a little in the back after the first fitting. Now, after adding in the lining, it fits well which means it may be a tight fit with a vest and long sleeved shirt.

I thought I would be done with the jacket in 1.5 days. Instead, after 2 weekend days, almost have the jacket made sans buttonholes and buttons. Making the lining seems like it should be quick. In actuality, it is like making another jacket without the pockets. BTW, my topstitching abilities are a bit wonky. Vest and pants are up next. I also have a shirt pattern. Might need to go with store bought shirt this year, though.