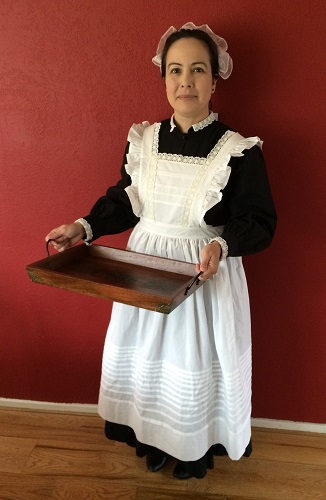 1910s Reproduction Edwardian Maid was first intended to be worn at Costume College in 2015 with others also dressed up as maids based on the Downton Abbey television series, but was not finished in time for that event. So, it was worn to the Greater Bay Area Costume Guild Open House in January 2016. The maid outfit was a success and very recognizable. It also appeared to be an older man magnet with more men than usual approaching and commenting on the outfit. 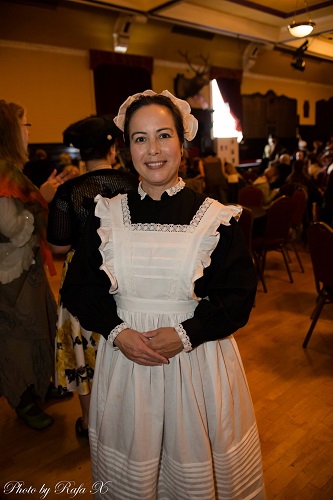 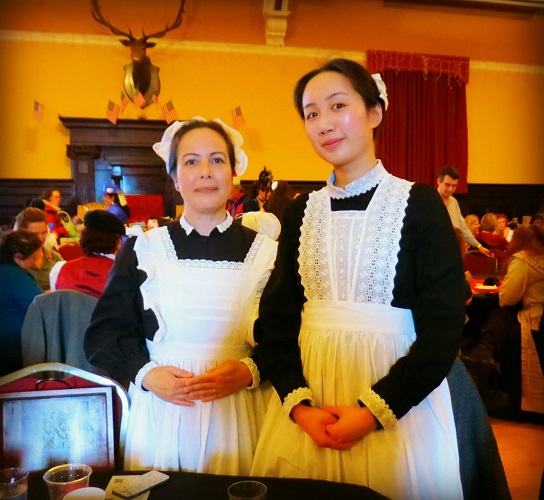 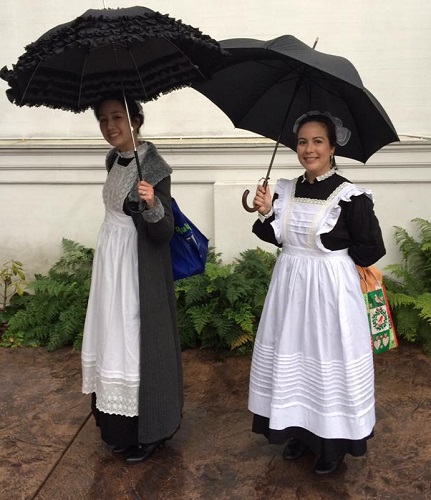 The basic black dress was made out of a cotton twill and trimmed with white lace on the neck and cuff. Buttons down the front with grossgrain interior waistband fastened with hook and eye. I started the dress before the Butterick maid pattern came out so used a gored shirt for the bottom and modified an Edwardian blouse pattern for the top. I made several alterations along the way since the sleeves started out too full and the bodice/blouse was too long so tucks were added.
Pattern: Heavily modified Butterick 4049 with gored skirt
Finished measurements:
Bust: 40"
Waist: 32"
Skirt length: 33"
Skirt circumference: 156" 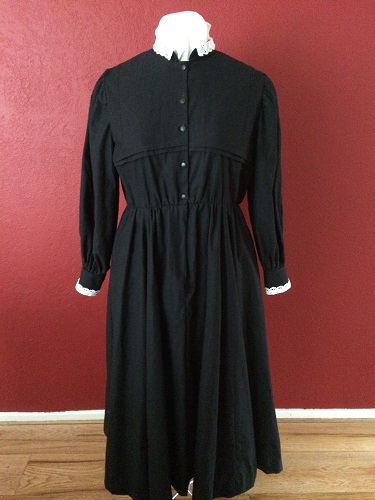 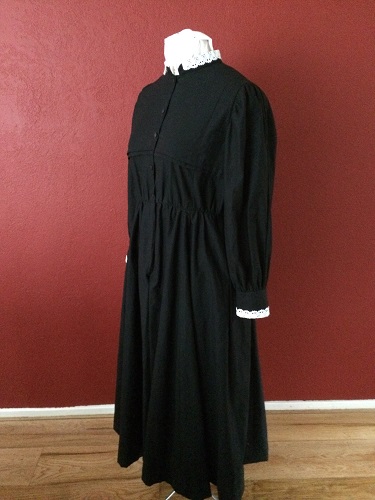 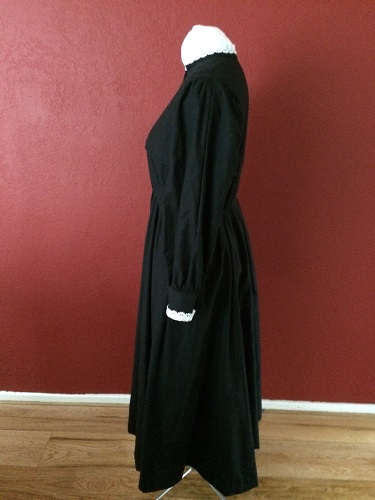 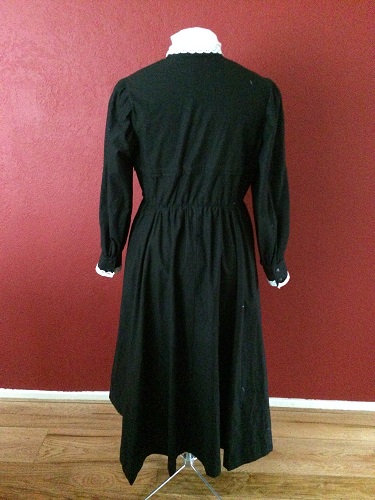 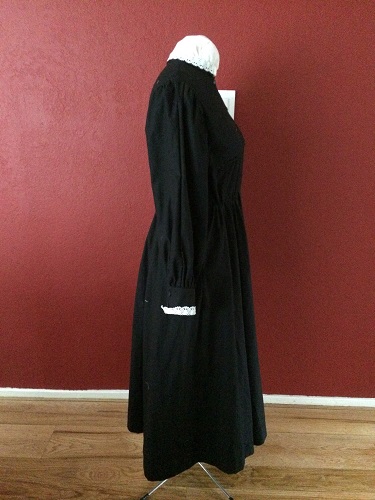 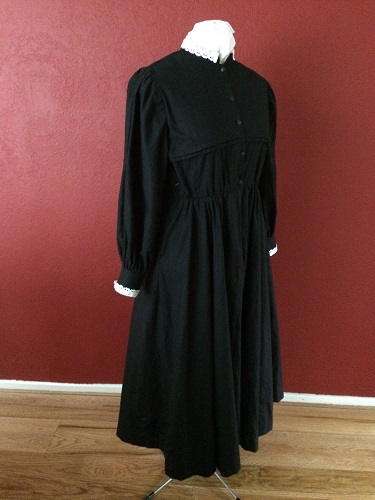 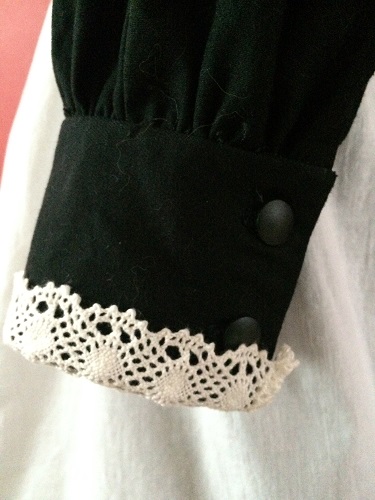 Apron was made with white cotton muslin and trimmed with white lace. Made more tucks than pattern required to shorten the apron for my height. The back tie ended up too long so ended up tacking it into a loop to shorten.
Pattern: Butterick B6229 Size 14?
Finished measurements:
Apron skirt length: 30"
Apron skirt width: 60.5" 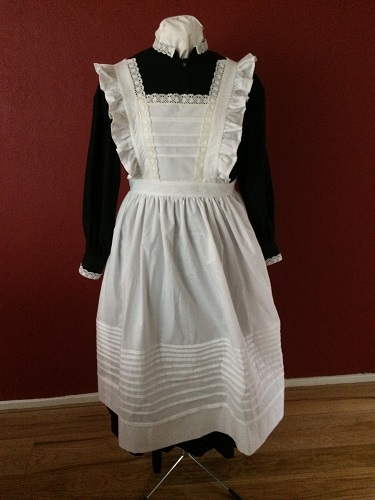 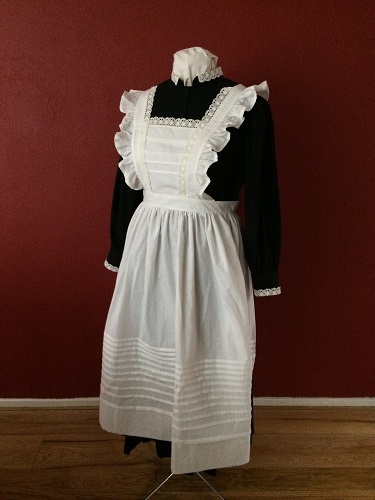 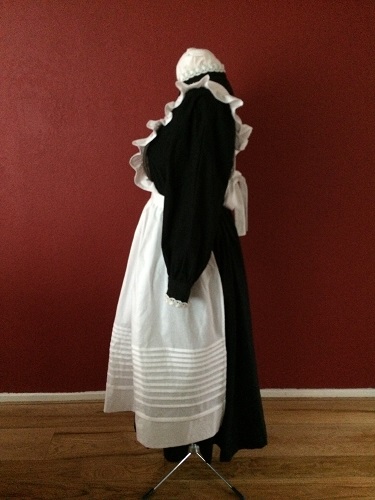 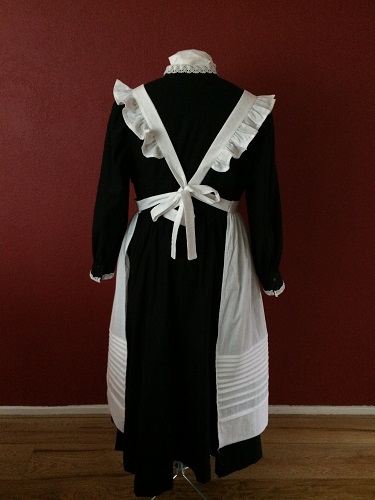 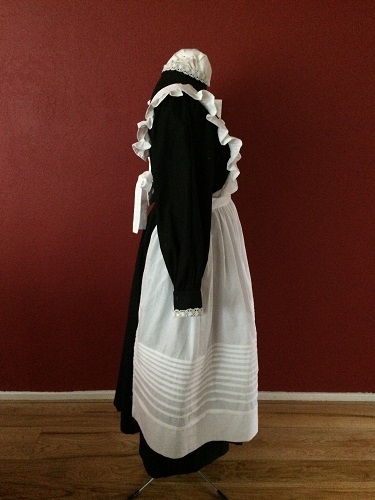 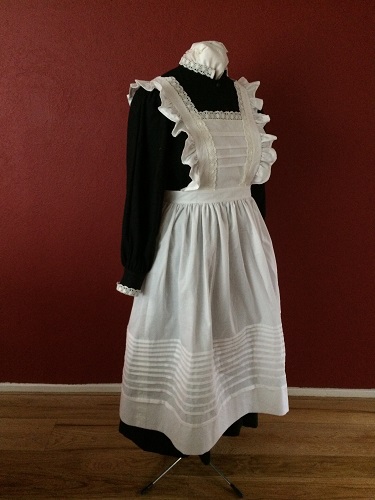 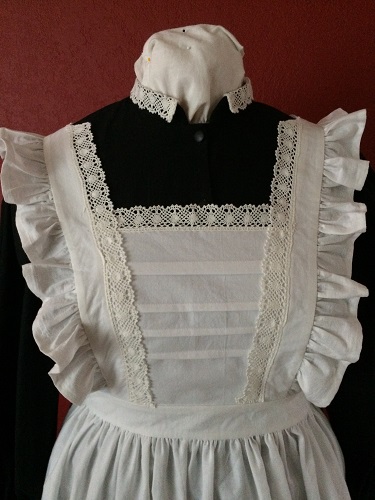 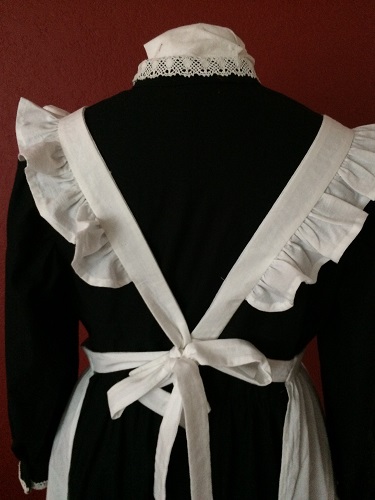 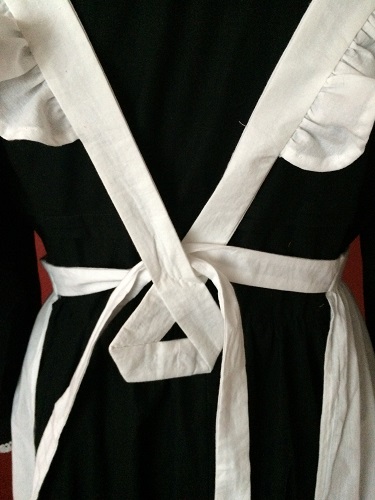 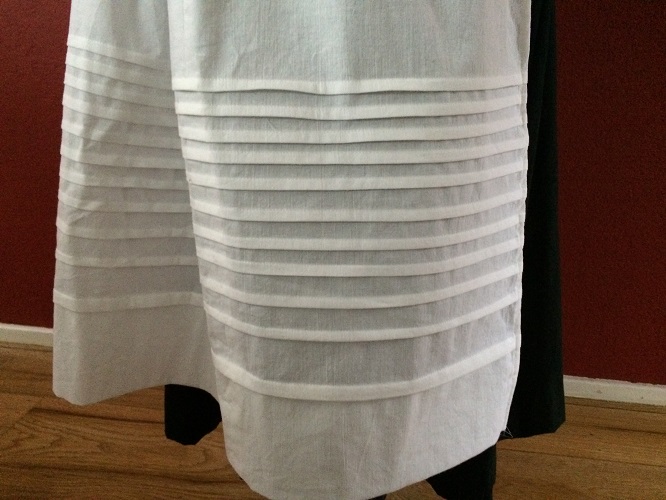 White silk organza cap was made based on the pattern with some alterations. Added a ribbon instead of elastic in the center and sewed it to a comb so that it would stay on my head. The silk organza turned out lovely. If I had more time or was making another one, I might try hand sewing the turned edges for a cleaner look.
Pattern: Butterick B6229 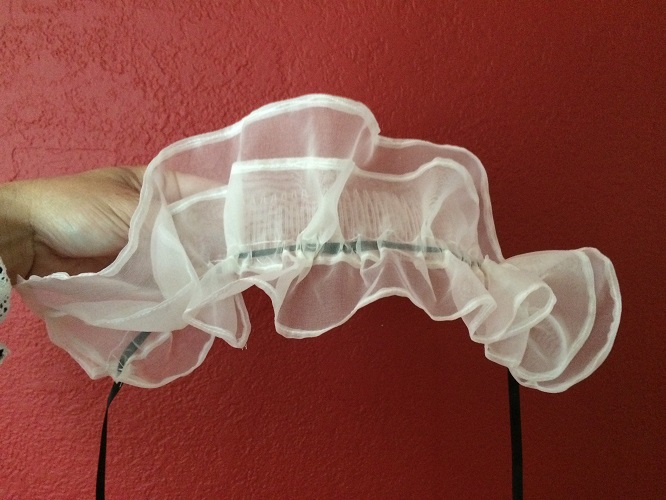 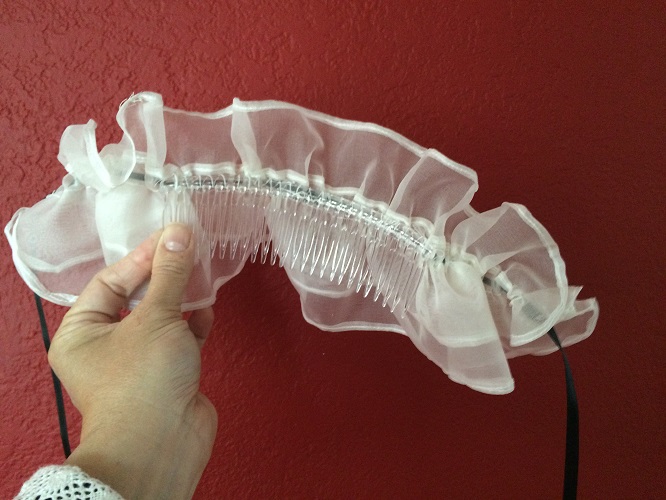 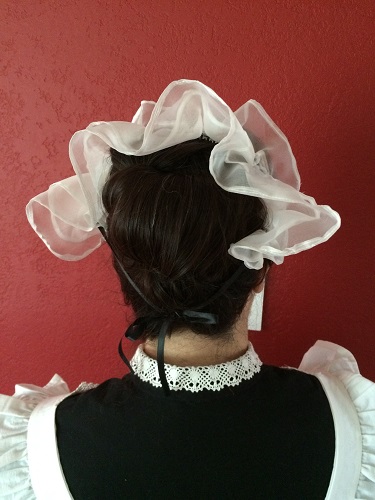